When you book with an account, you will be able to track your payment status, track the confirmation and you can also rate the tour after you finished the tour.
Sign Up
Save To Wish List

When you book with an account, you will be able to track your payment status, track the confirmation and you can also rate the tour after you finished the tour.
Sign Up
691

Why Book With Us?

Do not hesitate to give us a call. We are an expert team and we are happy to talk to you.

Day Trip to NICOSIA and LARNACA

An enjoyable and informative trip introduces you to two of the island’s most popular cities. The fascinating history of old and modern Cyprus will make your holiday even more colourful. You’ll get to touch Orthodox shrines and experience the old town atmosphere of Cyprus’ capital. Along the way, you will enjoy beautiful views of the crystal blue sea and other natural attractions.

In Larnaca, you will see the famous Church of St. Lazarus, which is renowned throughout the Christian world and popular among pilgrims from different countries. The church has been rebuilt many times and the remains of St Lazarus rest in a sarcophagus at its base and were considered to be irretrievably lost. The church changed hands and at different times belonged to the Romans, the French, the Turks and the Cypriots. The relics of St. Larazia were recovered in the 70s of the 20th century when during restoration the stone tombs under the altar were uncovered. A stroll along the Larnaca promenade will refresh you and leave you with a wonderful impression of the scenic view.

Larnaca Salt Lake is one of the most beautiful and popular natural attractions in Cyprus. Its uniqueness lies in the way it changes according to the seasons, filling with water in winter and turning into a salt desert in summer. In the past, the salt was extracted from the lake only by hand. Another reason why Larnaka Lake is loved and protected is the nesting grounds of the pink flamingos which arrive here in late October/November and fly off in April. The rarest black flamingo, the only one in the whole flock, periodically visits the lake. Spotting him is a great experience.

Nicosia or Lefkosia is the capital of Cyprus, the only capital in the world to be divided in two by the Green Line. Today Nicosia is the most populous city in Cyprus. The capital is located in the centre of the island and is the only city not on the coast. The first records of the city date back to 280 BC. In those early days, the city was called Ledra and later changed its name to Leucotheon.

Nicosia became the capital of the island in the 11th century. Nicosia now combines its historic past with the bustle of a modern business centre in a bizarre way. You’ll find impressive 16th-century Venetian walls, the Cathedral of St. John the Baptist, “Laiki Gaitonia” – narrow cosy streets and medieval buildings, the checkpoint (to North Cyprus) and the impressive St. Sophia Cathedral. 13th century, which later became a mosque. Undoubtedly, a city with more than a thousand years of history is worthy of attention. Here one can delve into the past by strolling through the streets and admiring the ancient carved balconies and sitting in the cosy cafés.

The main attractions you will see:

Stops and their duration

No image available. Please edit this item to select images.

Question:What language is the tour in?

The tour is guided in English and Russian.

Travelling from Pissouri to Omodos-Platres 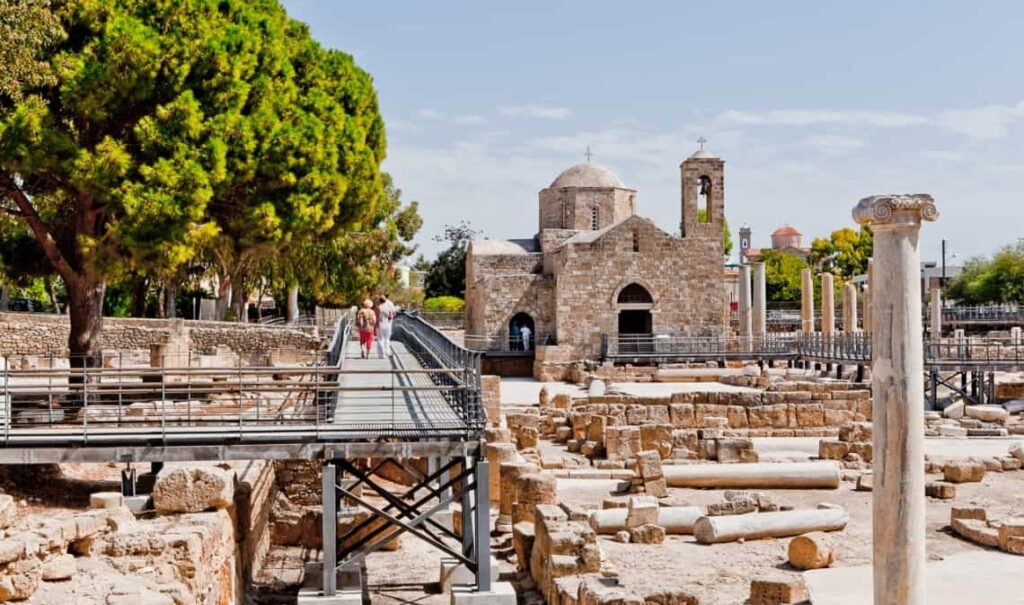 From€ 300
0
We are using cookies to give you the best experience. You can find out more about which cookies we are using or switch them off in privacy settings.
AcceptPrivacy Settings